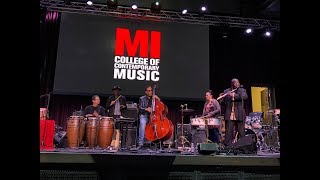 Visit our blog for the latest news!

Beyond bucks: We are here to pave the path to a brighter future

Beyond bucks: We are here to pave the path to a brighter future

Creativity, Opportunity, Community are the building blocks of what we do.

Helping Los Angeles… Since 2004, The Musicians Foundation has been dedicated to providing scholarships and educational support to the music students of Los Angeles at the college and high school level. We have awarded over $495,000 in music scholarships and grants since 2004! We award between $75-$100,000 every year.

For most of us, a life without music is unthinkable. Yet, as the 21st century unfurls, we witness the continuous, drastic erosion of funding and support for music education in public schools across the country. We’ve replaced the “forest” of our once lauded, well-rounded American education practices with “the trees” — or “Common Core Standards”.

Today, music education now makes a cameo appearance in K-12 classrooms as a mere curricular footnote, if at all. We're here to bridge the gap for students that want to pursue their dreams at the college and high school levels by funding scholarships and high school music classes at the Grammy Museum.

Someone put a violin in my hands in the first grade, and I’m glad they did. A music teacher took a chance with me. While those squeaky four strings eventually yielded to a Beatles-inspired embrace of the guitar, my destiny was clear.

After spending decades being a music educator and now serving as the Vice President of a music college, I’ve treasured meeting thousands of talented students who have come to Hollywood to study music and pursue their dreams of a future in the music industry.